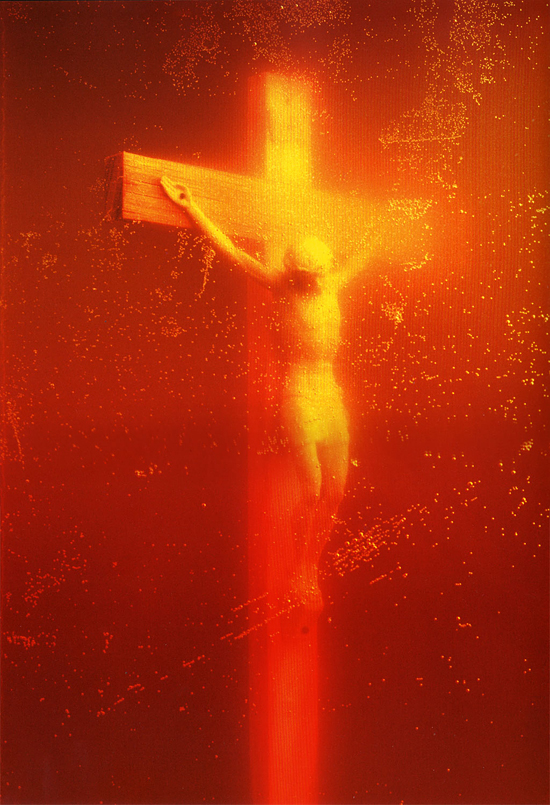 Controversy is a word that springs to mind when looking at the photographs of Andres Serrano. The American photographer became notorious through his photos of corpses and his use of faeces and bodily fluids in his work. One of the very controversial photographs was that of a crucifix submerged in a liquid. The liquid was his own urine. This in 1987 created artwork he called “Immersion (Piss Christ)”.

For Serrano this artwork was a statement on the misuse of religion. He defended his photograph as a criticism of the “Billion-dollar-Christ-for-profit industry” and a “condemnation of those who abuse the teachings of Christ for their own ignoble ends”.

On several occasions the photograph was vandalized. A print of the photograph was damaged using a screwdriver or ice-pick on April 17, 2011 while on exhibit in Avignon, France. Before that a print was also vandalized in Australia. And in Sweden, neo-Nazis took it upon themselves to ransack the art work.

If by definition art has to communicate some form of emotion, Serrano sure managed to do so.