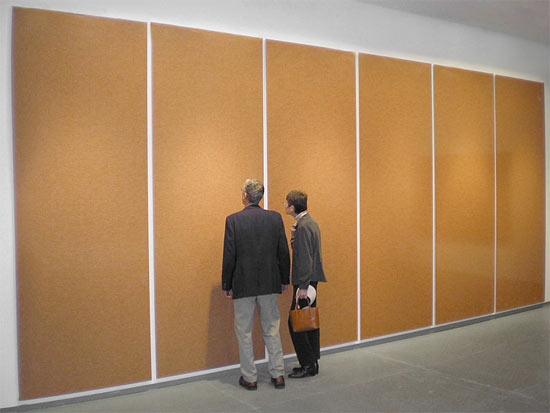 Some statistics are just too mind-blowingly incomprehensible to digest. Luckily there is an artist who tries to translate incomprehensible data into comprehensible works of art. His name is Chris Jordan. Chris visualizes statistics in his series “Running the Numbers: An American Self-Portrait”. For example, he visualizes the consumption of plastic bottles in the United States every minute by using 400,000 plastic bottle caps in his artwork called Caps Seurat. And he shows us 2.3 million folded prison uniforms, equal to the number of Americans incarcerated in 2005.

Chris isn’t pointing any fingers. He just wants to show the U.S. who they are at this moment in time. His visualizations are making it very clear that certain things in American culture, maybe even western culture, are open for reform. Visit his website to see at all of his visualizations. You can zoom in on the works of art to really dig into the statistic. Below you also find the talk he gave at TED in 2008.