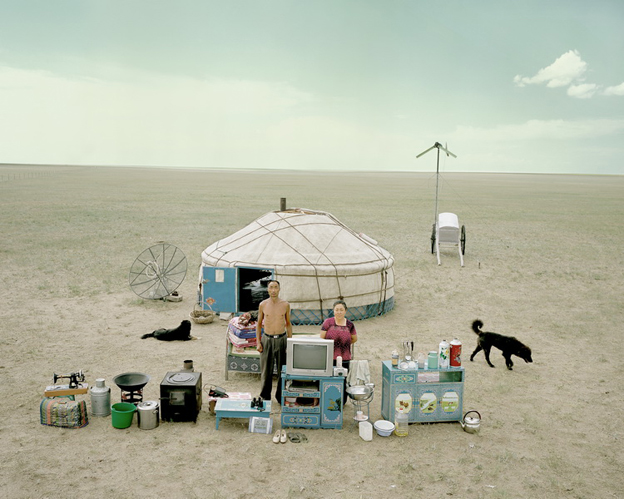 Ever wondered what it would look like to showcase everything you own? Well Huang Qingjun thought exactly that when portraying the people living in the remote places of China. In his series Jiadang (Family Stuff). He asked if he could photograph them with all their worldly possessions. A strange question to say the least. But an interesting way to capture something that looks so humble and yet tells us so much about the changes in China. Positive changes can be seen. Electricity for instance. Now available to people who live in those remote places. In every photo a TV-set can be seen. The people now can learn about the rest of the country and perhaps even the world. And still I get the feeling that he is portraying a dying generation of people. People who are not able or willing to be consumers like all the rest of us.

Huang Qingjun is now trying to photograph more people of different backgrounds. This would really make his series an interesting piece of work. And a very important historic document.