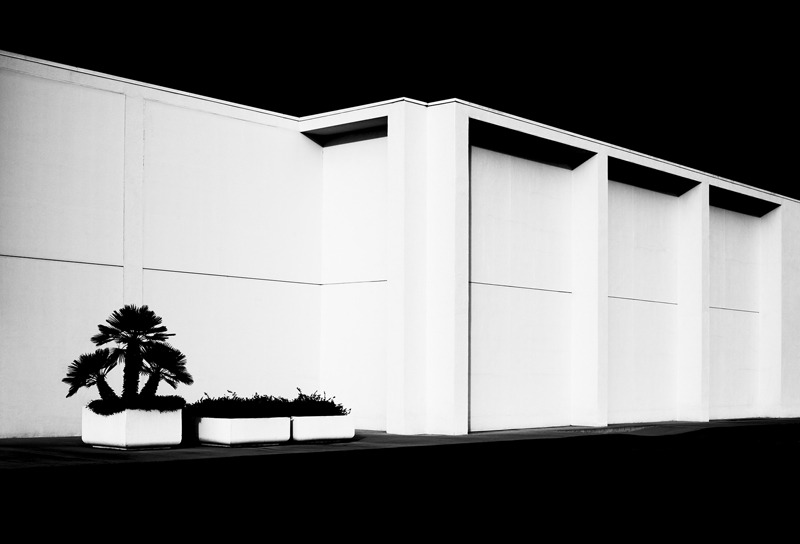 Color can distract. That’s why some photographers choose to shoot in black and white. I’m not sure if this is the reason why Nicholas Alan Cope photographs architecture in black and white. But it sure makes you look at the things he wants you to see,  the lines and compositions. The art of the streets. And in some photographs the black seems to fade. To show us a white pallet of lines and shadows. Almost neoplasticism like the works of painter Piet Mondriaan. Except of course, without the red, blue and yellow. Nicolas Alan Cope takes the seemingly ordinary and photographs it in such a way that perhaps makes you look differently the next time you visit the mall or park your car in those giant concrete parking garages. 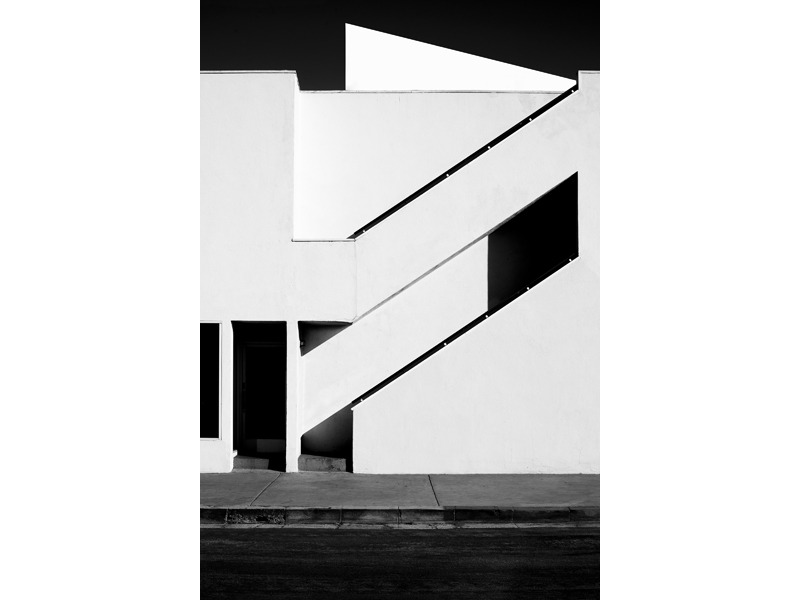 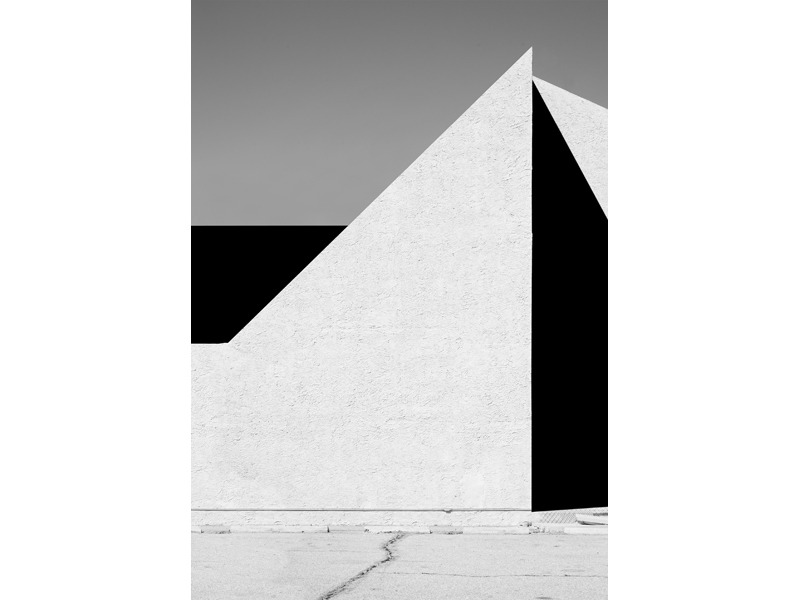 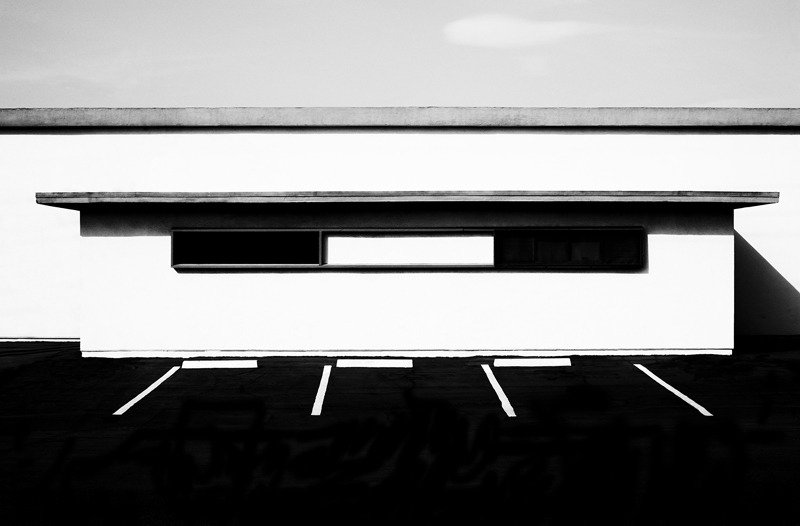 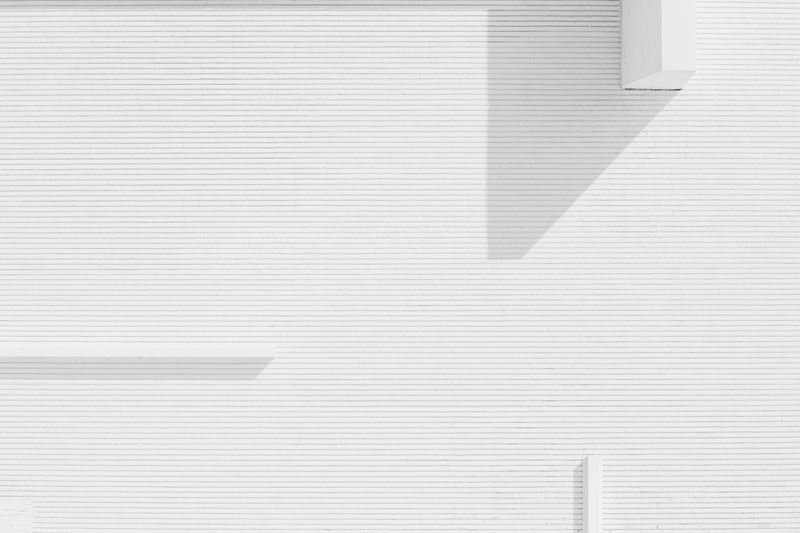 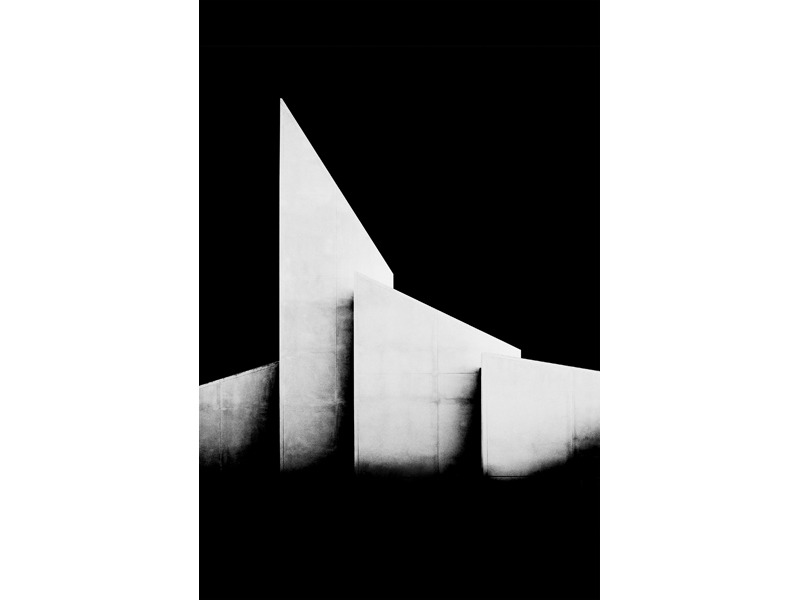 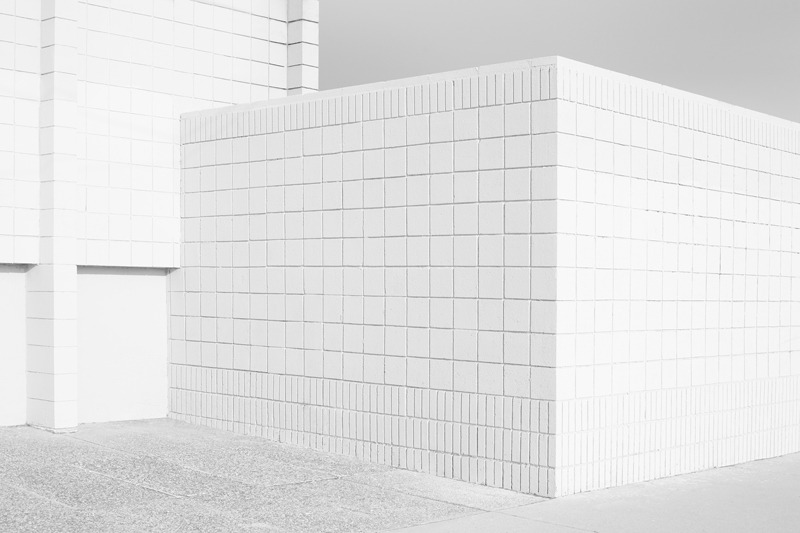 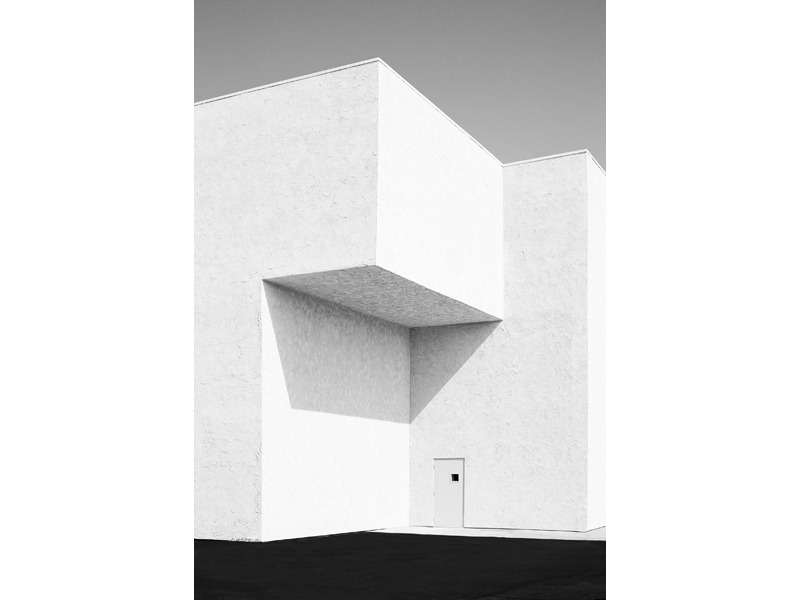 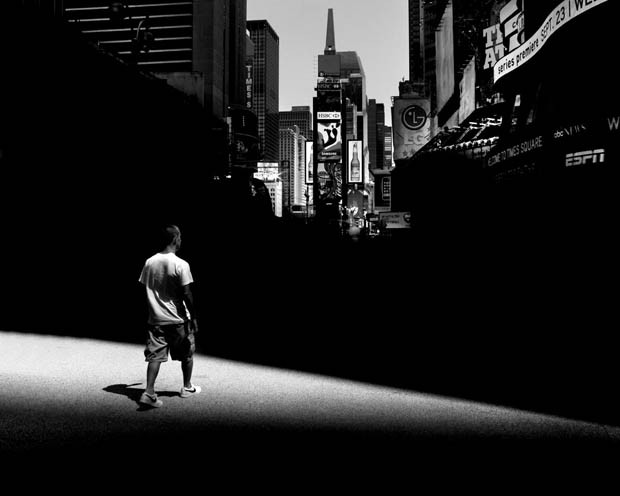 One way to approach photography could be using the Zone-System invented by Ansel Adams. When using this system one makes sure that the intended dynamic range is well-lit in your photograph. By using initially 10 steps from black to white the contrast of the image will look natural and all intended will be visible. A famous photograph of Adams was that of a small town shot by night, lit only by the moon.

Of course Ansel Adams’ work is wonderful and unique in its kind but it leaves not much to the imagination. But by blacking out areas in a photo, you can create a story and a tension that can only be filled in by the viewer. And that is exactly what Gabrielle Croppi did in his series Metaphysics of an Urban Landscape. In a way Gabrielle uses a 3 zone system. Using only black, gray and white he composes images with a high contrast. Images which are very open for interpretation. His high contrast photographs makes the usual suspects when it comes to recognizable landmarks into something that could have come straight out of a Hollywood film. Scenes loaded with drama. Scenes that reminds me of the works by the great American painter Edward Hopper. 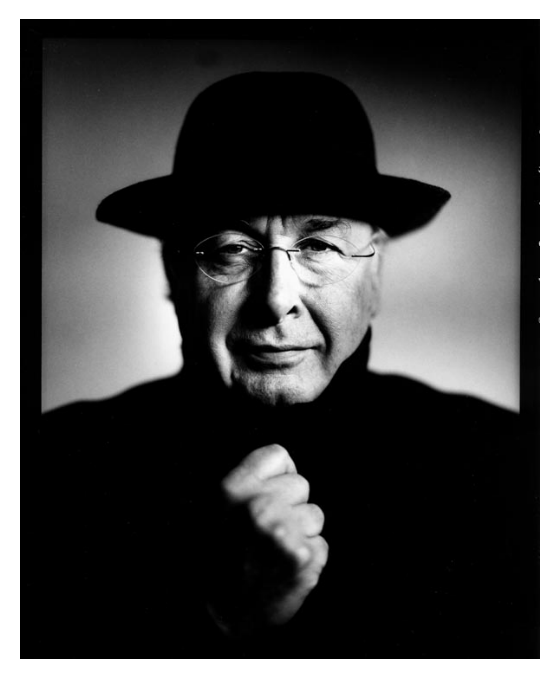 Belgium photographer Stephan van Fleteren is a true master in portrait photography. With an analog camera and black and white film he portrays the Belgium and Dutch famous ones. The high contrast he puts in the photos creates some true iconic mages. The grainy and high contrasts delivers a high impact and focusses the attention to the person in the photograph. And by his style it is almost like telling a story with just one image. What that story is, is up to the viewer. He manages to capture the people in such a way that his presence seems of no influence. Resulting in very wonderful and pure photographs.